by Money Mania
in Business Events
0

Giving impetus to Madhya Pradesh, 75 IT companies of the state were honored at the ‘Pride of MP’ event

Indore (Madhya Pradesh) [India]: Madhya Pradesh has been fast emerging as an IT hub after education and a home to many big companies like TCS, Infosys, and Accenture, coming here and offering their services to many parts of India and the world. Many big names in domestic and international Industry have come and established their business in Indore. Local companies of the state are also joining the league and taking their business to national and international markets offering quality services at par with world standards. To encourage the IT companies of the state, the ‘Pride of MP’ Award ceremony was organized by Invest Indore, Workie and Sansad Sewa Sankalp on Friday, 11 November 2022 at Brilliant Convention Center in Indore, where the Chief Guest, Shri Rajiv Chandrashekhar, Union Minister for Entrepreneurship and IT, Government of India addressed the top 25 and 50 best-performing IT companies of the state.

Shri Rajiv Chandrashekhar, Union Minister for Entrepreneurship and IT, Government of India said that he came to the cleanest city in India for the first time. He said that Indore had set a great example for the whole country in terms of cleanliness. This is India’s time. Many sectors have gained a lot of momentum after the Corona epidemic. Especially the demand for technology has increased. Keeping pace with technology and advancing it has become imperative for the world. India has emerged with a strong and sturdy image in the world. 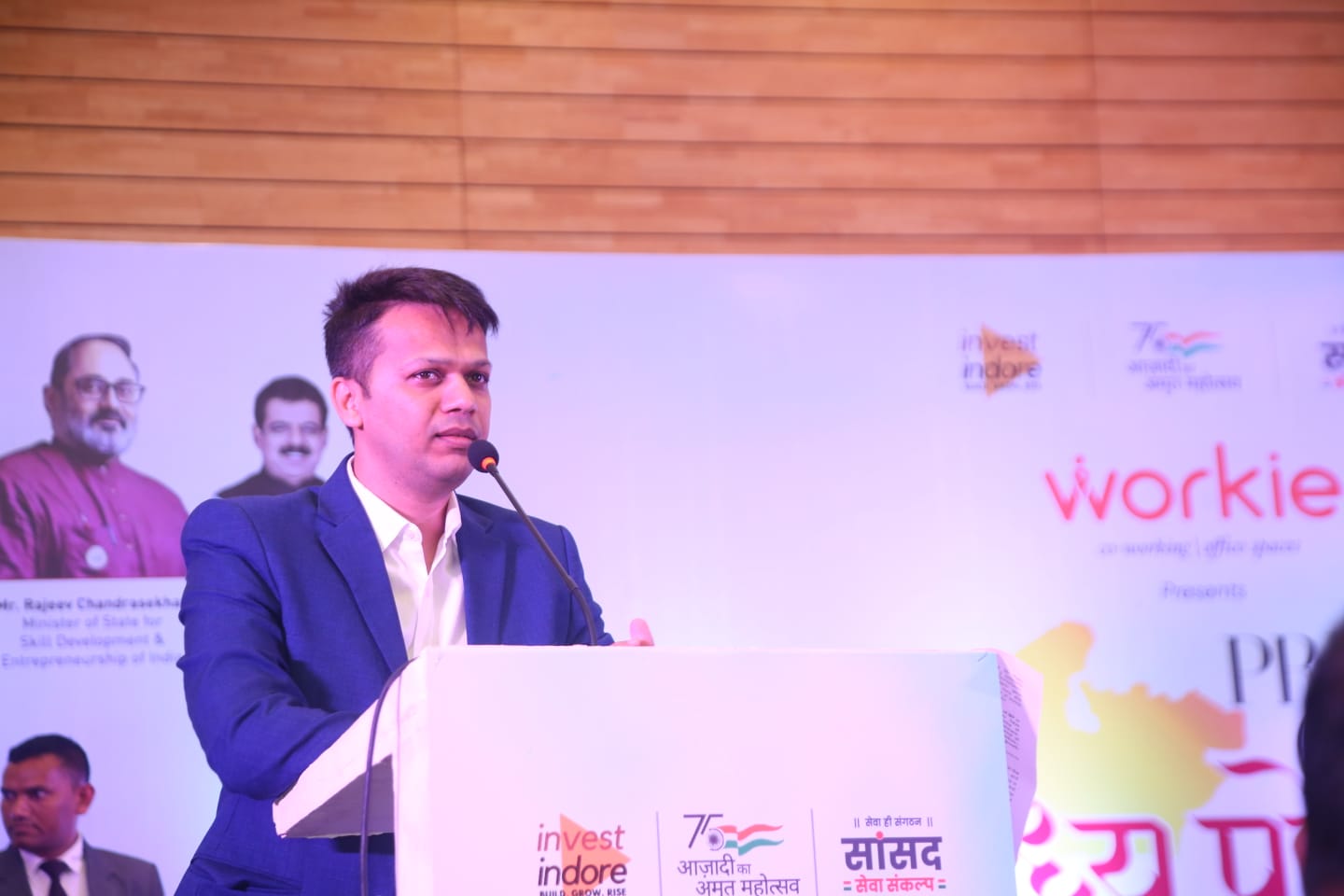 The Corona epidemic threw many countries in the doldrums including India. It was a hard time for everyone. The US and China also couldn’t survive the recession. During that uncertain time, India managed to stand stronger and prepared millions of vaccines in record time helping its own people as well as those in many other countries. The result is that India is one of the fastest-growing economies now.

Now it’s the time of semiconductors, AI, blockchain and other state-of-the-art technologies. Before 2014, we used to import 92 per cent of mobile phones from other countries, but today we are producing 97 per cent of mobiles of our requirement in our own country, out of which, iPhone and Samsung mobiles are also being produced and exported to other countries. Now we are giving tough competition to China and other countries in the production of technical and electronic equipment.

On the way to making Indore an IT and startup hub

Member of Parliament Shri Shankar Lalwani said that India is rapidly growing in the field of IT. In Bangalore also, a lot of work has been done in this field. Madhya Pradesh Chief Minister Shivraj Singh Chouhan said that Madhya Pradesh would beat others in the race in the next ten years. The government is doing a lot of work to give space to the IT sector in Indore too. Under this, work is being done on the plan to build an IT park in Indore on the land, where Rajkumar Mill used to be. Indore will be made an IT and startup hub. 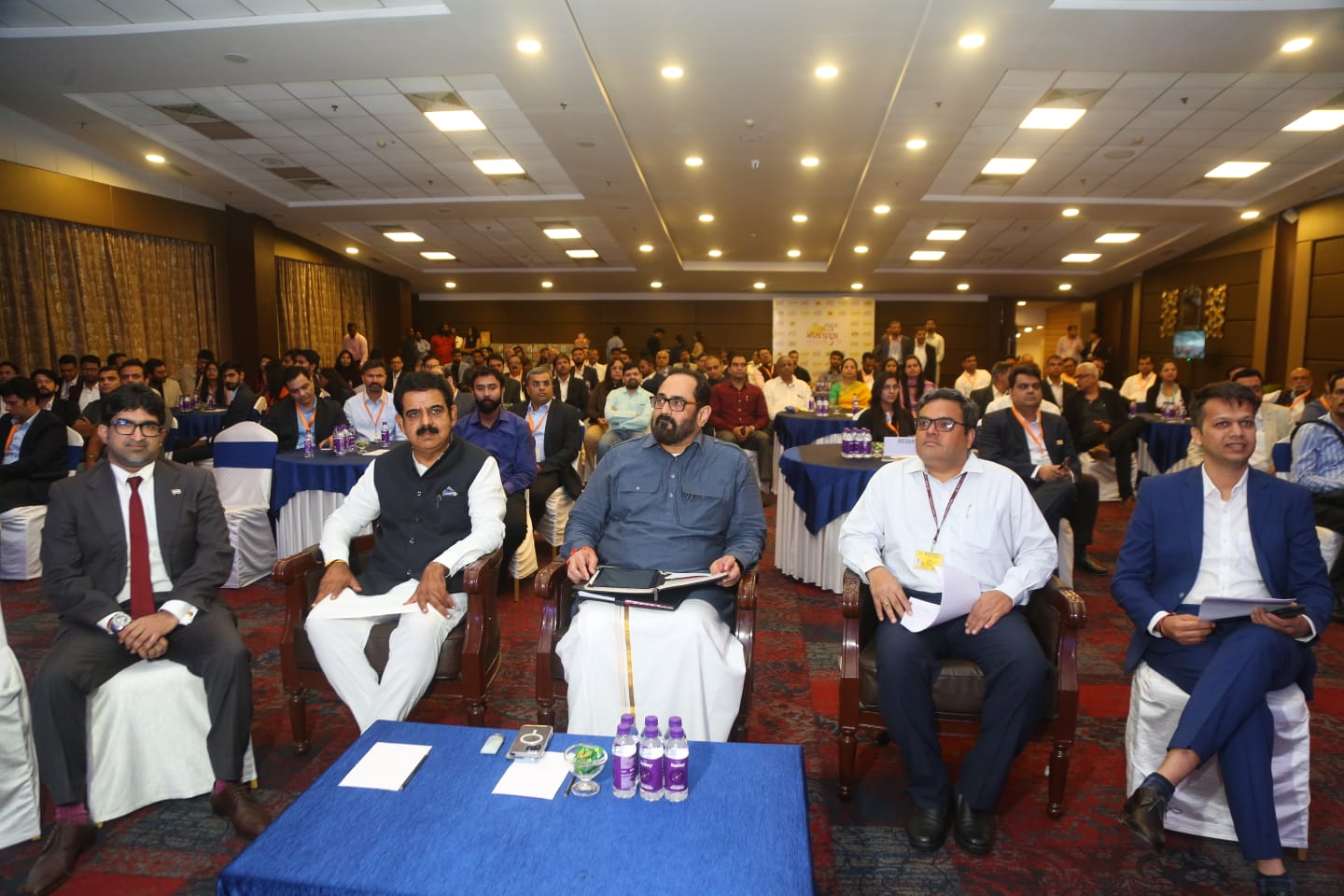 Workie will also organize the event in other cities & states of the country.

Sawan Laddha ji, Secretary, Invest Indore said that the Central and State Governments are providing all facilities to the IT companies in the State. Many types of funds are available here. The city has better air transport facilities. Any area of ​​Indore is easily accessible from the airport in a few minutes. Whereas in cities like Bangalore, it is a big challenge. The IT companies of Indore alone give employment to more than 30 thousand youths and do business for about 2400 crores. Workie will also organize such events in other cities and states of the country.

This will generate more employment opportunities in the emerging city of Indore as well as in other cities. Divisional Commissioner Dr Pawan Sharma said that Madhya Pradesh is the fastest-growing state in India. The state has the highest GDP. In the coming months, a big event is going to be organized in Indore for the Indian diaspora. The Investor Summit is going to be held in January 2023. Better work is being done in IT. All three IT parks in the city have been filled and now work is going on to set up new parks.

by Money Mania
No Result
View All Result